A downloadable game for Windows

A Short Horror Game Focused on different styles and mechanics.

There's bound to be 1...that caresses your Fear.

I Think I Hit Something

Whatever you hit......it has wings..
Genre: Suspense

His Gun, His House, His Sacrifice..
Genre: Action Survival

Rather buy it on Steam?
Steam Link!
Twitter
@iOVERTHINKER

I hope you support my work.
Keyboard and Mouse Strongly Recommended.
Any issues please send me a message on twitter(recommended) or post on here.
This was a journey.

In order to download this game you must purchase it at or above the minimum price of $3.99 USD. You will get access to the following files:

edited out the first paragraph, i was stupid and clicking the wrong thing.

anyway ignoring that, this is really fantastic work.  each segment feels like a fully committed-to artistic vision with a definite tone and atmosphere that all compliment each other. something about the overall vibe kind of reminds me of mister manticore's work on the Monument Mythos (and the follow-up series), like how it repeatedly swan dives between ominously mundane to absurdly unhinged. absolutely love it. can't wait to see Vol 2

Oh my gosh! Yessss! You truly saw that effect! It's just something I felt listening to music and watching some old horror asian movies that triggered some emotional feelings to be brought into horror games. A part of me is in all these chapters, and I will continue that approach for vol.2. Thank you!!!!

What a great concept. All 8 stories are unique and the different play styles keep the game fresh! Also fan of the art styles, hope to see volume 2 soon! Personal favorite for this year!

Wow! Personal favorite this year! Sheesh. Thank you! I really hope you enjoy what's to come from me :)

Hi very cool game, and all experience are rock solid to me. But, what about the number in the credits? 04230909 feel like im missing something hahaha. anyway good work

ahhhh i see. Very nice of you to explain. Good to see that, as true artists do, you "hide" a bit of yourself in the things you create. Very curious for the next projects. It cool.

Reply
CjuGames22 days ago(+4)
This was a wonderful surprise! Although rough around the edges at times, there's a lot of variety here. Some of these really got to me. Great work!

I would happily play a volume 2.

:) thanksssss! I replied on youtube! I hope you do! Vol. 2 should be a great addition!!!

This has a lot of potential. It's got some clever mechanics and it's genuinely terrifying at times but it needs a little more polish.

My biggest issue at the moment is the painfully slow walking speed in a lot of the stories (A Sheep's Gun and Split Screen especially).

Also there's a bug in A Sheep's Gun which prevents you from reloading after opening the door with the burning crucifix on the ground (so you end up running out of bullets on your way out).

Hey!!! Thanks for the feedback!
I can increase the walk speed! I can increase it in the beginning of splitscreen before things start getting hectic then slow it down! Sheeps gun goes by fast, I didnt think it would be an issue, but I can adjust all the walk speeds by like 15-20 percent! I'll look into the bug tomorrow! :) Anything other thoughts? Like what kind of other polish? Since this may help on steam release! :o
*Bug Fixed.

Awesome, thanks for the update. Will check it out.

As far as other feedback goes, personally I'd prefer:

I found Intermission very confusing and gave up on it. It seemed overly complicated and when trying to press the direction arrows they often didn't work. Would recommend Allowing players to use the arrow keys on their keyboard as inputs or at least making it more obvious which way the arrows are facing.

I Think I hit Something was fun, could probably do with tightening up some of the jump scares (and maybe removing a few).

I really like the concept of Don't Look UP, but the ending doesn't really land at the moment. Not sure what you could do to fix it. I think you probably need to see something genuinely jaw-dropping up there (maybe a giant cosmic horror entity).

Just a Peep was pretty cool. The ending could probably be tightened up though.

I absolutely love Repeat.Repeat.Compulsion. Could probably do with a couple of checkpoints though.

I really love a Sheep's Gun too. Very tense and unsettling atmosphere. The only other thing I'd add is a walk cycle for the girl because she just kinda slides across the floor at the moment!

I Didn't See Alone/White Canvas. Is that actually in the game?

Sorry if the feedback comes across as overly critical. I know you're a solo game dev, so creating 8 unique games is a pretty massive project and I really love certain parts of it. I also plan to go a gameplay video on my YouTube channel at some point. :)

No problem!!! ;D The Criticism is super valid. I actually LOVE that you took the time to write it out for me! And thank you for the upcoming video, the publicity helps so much!!!!! I actually have known your website/channel for years now hehe I appreciate it!

Splitscreen: I can add a bit more distance or like you said, a wider look. Easy peasy.

Intermission: Is super simple,if it attacks a direction, block that direction. if it defends, attack the opposite direction. I think I just need to make the tutorial easier! I will remove the rotation of the up and down arrows to not confuse players. You also have to walk to the cards to interact with them, the slow movement is part of the gameplay, since the timer can hit zero if youre too late. So Ill fix these things! easy!

I think I hit something: I think there's some small improvements to add, but I'm happy with the outcome!

Dont look UP: I  know exactly how to terrify players at the end. I just ran out of time to add it, BUT if it will improve it, and hopefully get players to buy this game... I will add it!!!

Just a peep: I feel like it ends abruptly? I can add more tension or a small build up.

RRC: I had fun with this!! :) Thank you thank you! I agree, the repeating can be a drag, but its part of the story and gameplay ;D I might leave it be for now!

Sheep's gun: This chapter beat me up, Took the longest to do. I just forgot to press a button in the code to add the walk cycle, cause its in there haha woops! I can fix that!

Alone: its a sub chapter of splitscreen. After the elevator, you were in a white room. At least I hope you were ;D

Again thank you, I will add, and adjust certain things these next few days, I think I can finish all of this by the end of the week!
I dont know if you recorded gameplay already, but if not, wait til the next update, everything should be settled by then.
AND again thank you so much! DM me anytime for a chat :)

Glad to have helped. Sure, no problem at all, will wait for the update before I record anything. Keep up the great work! :)

Okay! Fixed the walk cycle bug. Tinkered with some stuffs! 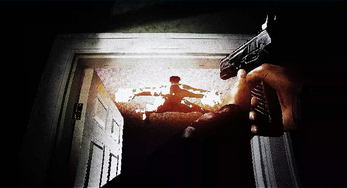 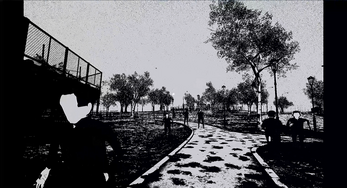 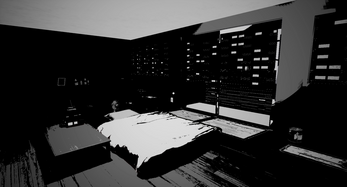 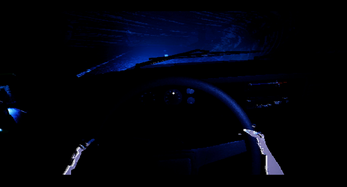 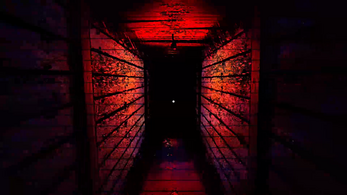 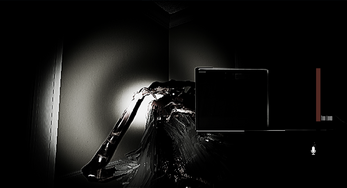